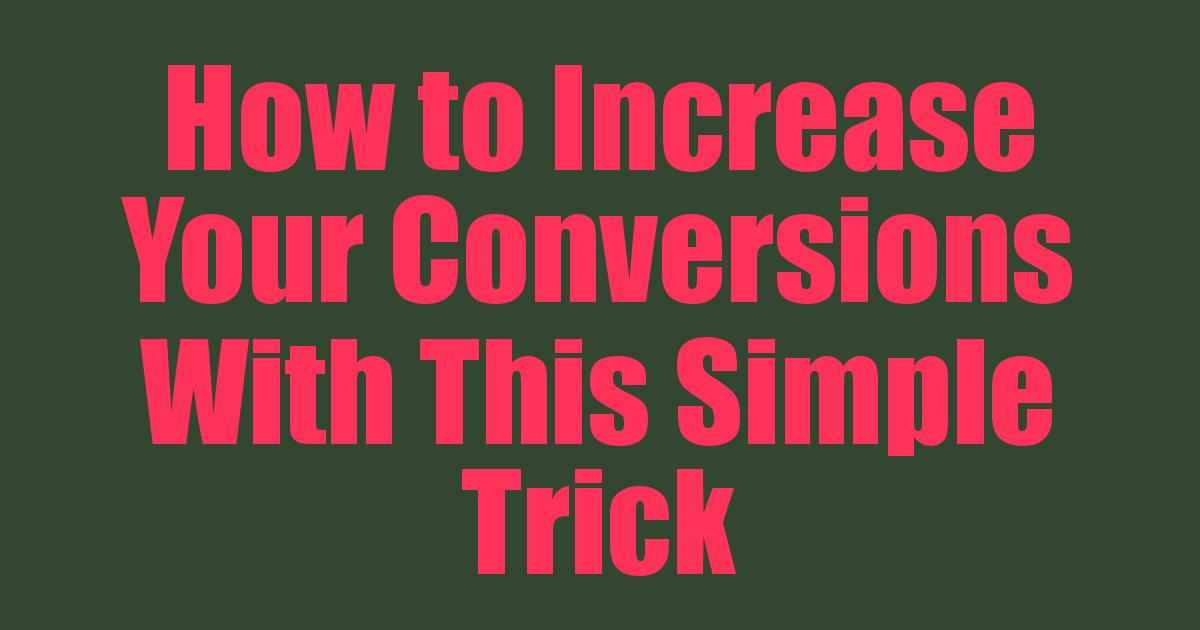 There’s many strategies to increase conversions, but have you tried this one? Try ending your prices with a 7, .95, 5 or .95. Instead of charging $10, for instance, consider charging $9.97. Even though it’s only a few cents less, people seem to think that it sounds cheaper. Even on high priced items the same tricks can work. For instance, you’ve probably never seen a car advertised for $30,000. Instead, you’ll see it advertised for something like $29,995.

Amazingly enough, on that last example, some people will walk away thinking that the car is $29,000 in their head (even though they’re smart enough to know that it’s obviously $30,000).

In the past many marketers have used 9 or .99 to end the numbers in, but it seems that there’s been a growing trend lately that 7, .97, 5, or .95 seem to stand out even more and appear even less expensive. Crazy stuff, but it can definitely work. And it’s doubtful that you’ll miss those few cents after increasing your conversions.

So, consider adjusting your price points to end in 7, .97, 5, or .95 to make your prices seem cheaper and see how it helps increase conversions.